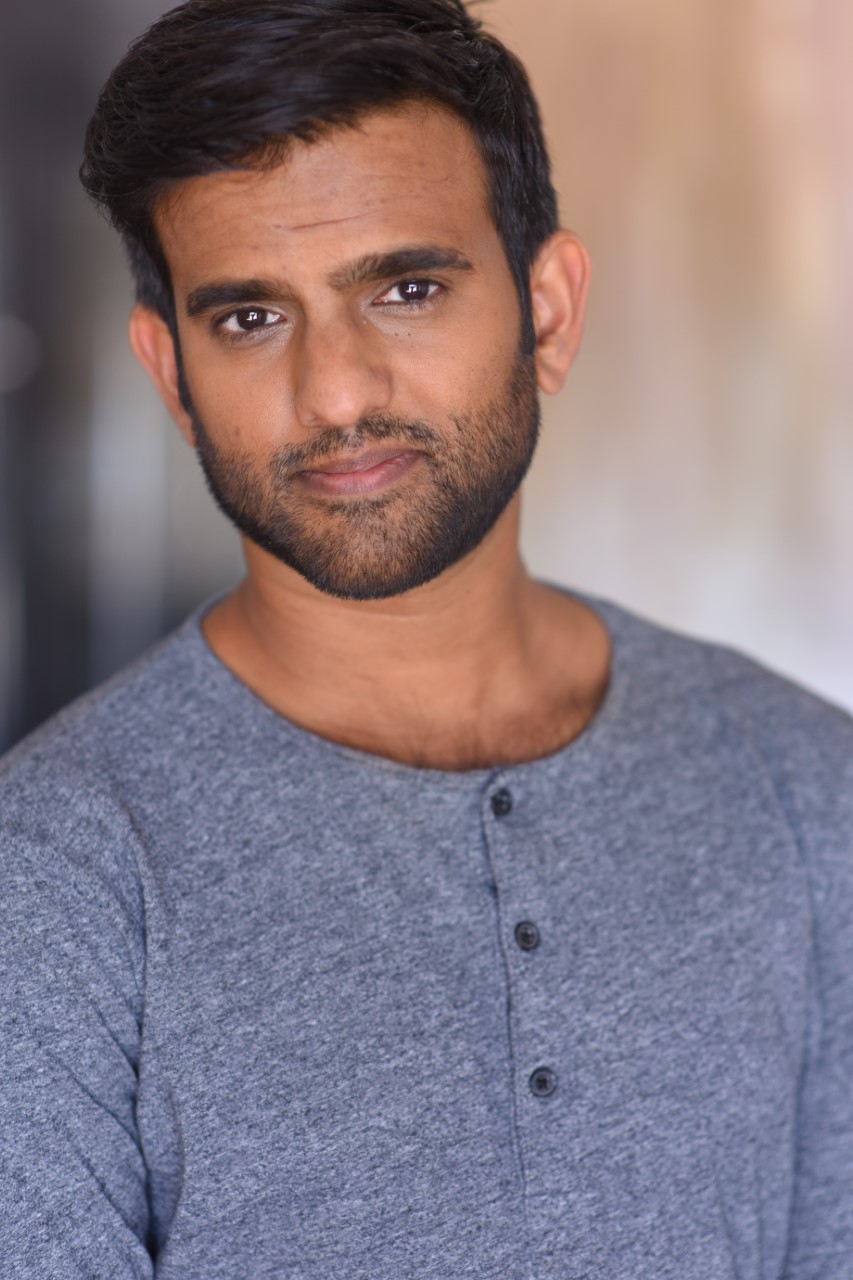 Behind Sandeep Parikh’s lighthearted comedic charm is a serious mission.

Parikh played Zaboo on The Guild for six seasons, and has appeared on New Girl, Californication and Community. But more importantly, the award winning comedy writer, actor, voice actor and director is creating change where much of Hollywood has refused to budge, by boosting minority representation behind the camera. Parikh has built his production company, EffinFunny, to bring more diversity into the comedy world.

“It feels like a moment is emerging where brown people’s stories are genuinely sought after instead of just wedged in to fill a quota,” Parikh says. “Many people don’t know how it feels to grow up without seeing people who look like you positively reflected in your entertainment. It’s alienating. My goal is for younger generations of brown kids to grow up with the confidence that comes from seeing happy, funny, successful superheroes and scientists with dark skin, accents, and non-European names—who are written from an authentic minority perspective.”

DEI is Changing in the Entertainment Industry

Parikh says the diversity, equity and inclusion landscape is changing. Thought leaders are calling on businesses to examine more deeply what meaningful DEI looks like in practice, and to make the sacrifices of comfort necessary to create real change. The Black Lives Matter movement has decreased white resentment, most significantly in American cities with active protests.

Parikh mentions UCLA’s Hollywood Diversity Report 2020, which shows an increase in minority representation in cinema, as well as increased minority audience share. “People of color bought half or more of the movie tickets in America for 9 out of the top 10 films in 2019,” he says. “Studios need to be making films for majority minority audiences. In fact, the study also shows that within the next few decades, racial minorities will collectively become the majority in America.”

Inclusion Must Extend Behind the Scenes

Despite some steps forward in Hollywood, the UCLA study also shows what ample room for improvement remains. It points out that most of the recent changes in diversity have been in the casting room instead of behind the scenes.

Internal change is coming from the efforts of working entertainers like Parikh who have boots on the ground—or sneakers on the studio floor—pushing for DEI behind the camera.

“Diversity on screen is only a partial win,” Parikh notes. “We need minority directors, writers, producers. The people in power who are making decisions about minority stories should be from diverse groups.”

One Cartoon is Getting it Right

Parikh is uniquely positioned to understand the production process, and why this matters. The Eko interactive comedy series That Moment When, which won both Webby and Telly awards and praise from director Kevin Smith, was written and directed by Parikh. He also wrote and directed Comedy Central’s Legend of Neil, which ran for three seasons, and another interactive series on Eko called Wizard School Dropout.

Parikh’s proficiency as a comedy writer and director buttresses his conviction that equity must exist at all levels, not just those perceived by the public. As an example of successful DEI on both sides of the camera, Parikh points to Glitch Techs, Netflix’s Nickelodeon-produced animated series about monster-battling tech support kids. It pushes minority representation forward in many of the ways Parikh has mentioned—both onscreen and in the production line. In fact, Parikh isn’t just a writer for the show. He also voices the character Haneesh.

“The popular response to Glitch Techs has been amazing,” Parikh says, pointing to an ever-growing cache of fan art and the hashtag #RenewGlitchTechs, which fans are using on socials to push for a third season. “One of the first things I asked in our writers’ room was if there could be no baseline color for the characters. If they can all be different shades, so there was no feeling that there was a ‘normal’ color and these ‘other’ colors and the creators Dan [Milano] and Eric [Robles] were already thinking the same thing. The show’s success is a great example of a show that’s doing DEI right, and viewers are hungry for it.”

Aiming for Joy, Fun, and Messing Up

Parikh notes that although it’s a struggle, his mission to bring minority representation to all levels of comedy production is rewarding, and peppered with laughs. “It’s about the joy,” he says. “The world needs to see more people of all colors and backgrounds laughing, messing up, being people, and having fun. That’s the goal, and one we can’t eff up.”

Comments Off on For Comedian Sandeep Parikh, Equity and Inclusion are Effin Funny 966

« BINGE Turns Tragedy and Darkness on its Head For Laughs

How Can Nonprofits Fundraise During the Pandemic? Wildlife Collections Has a Solution »