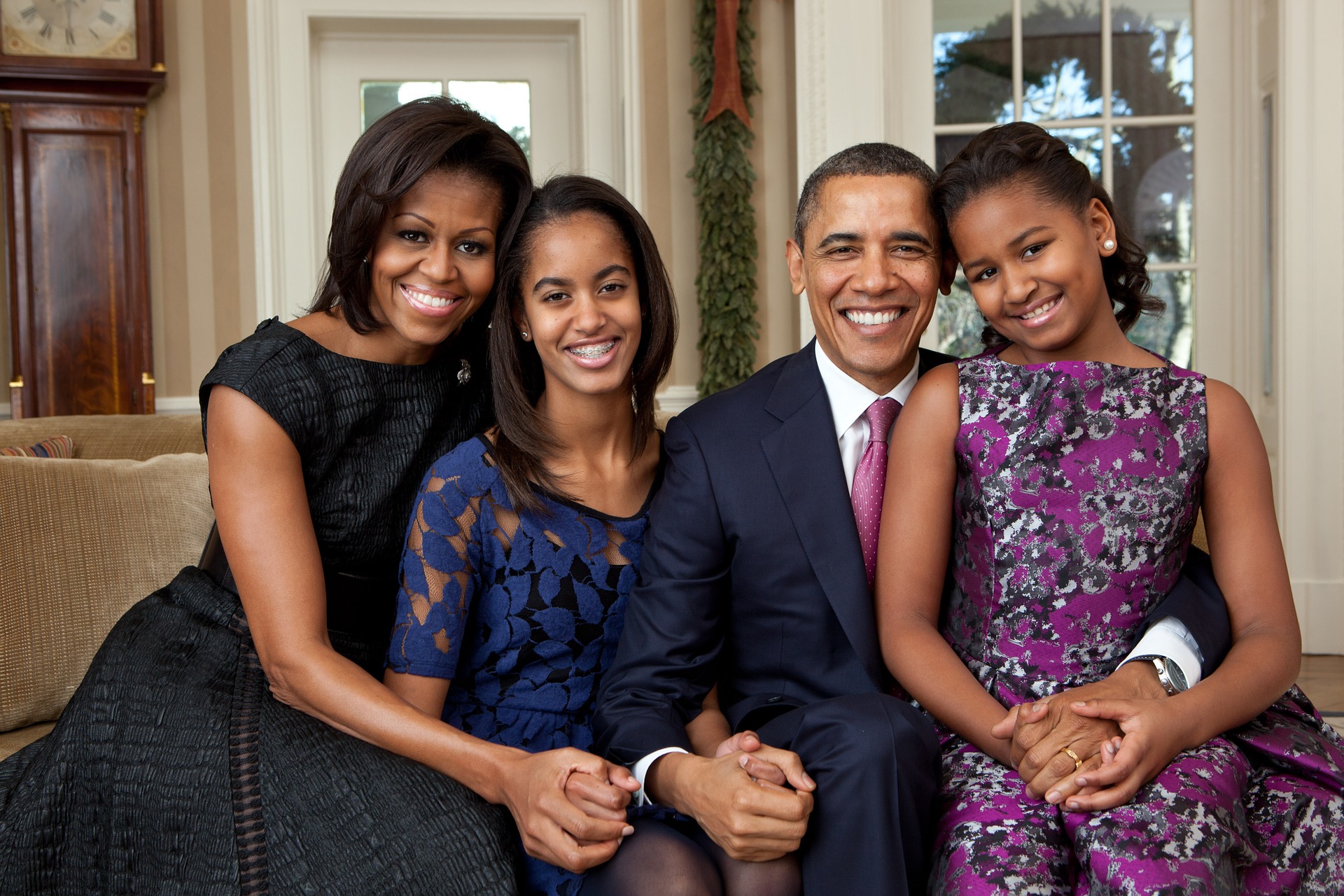 On tour for her new memoir Becoming, former first lady Michelle Obama spilled a little tea. She admitted that during the 2008 presidential campaign she didn’t actually think her husband would win the presidency.

“One of the reasons I agreed to support Barack’s run for president,” she told Nigerian author Chimamanda Ngozi Adichie at the London Royal Festival Hall on Monday, “was that, deep down, I was like ‘there’s no way he’s gonna win.’

“And we can just sort of get this out of the way, and I can be that supportive wife going ‘Oh Honey, you tried. Okay, now let’s go back to our lives as usual,’” she added to the laughter of a sold out crowd.

“That was my whole plan, you know?”

Needless to say, that plan didn’t work out, and as she outlines in her book, she semi-reluctantly stepped into public political life, one she’d never envisioned for herself.

But her doubts were never about Barack’s abilities. “I didn’t believe that America was ready for a Black president,” she clarified. “Let alone a Black president named Barack Hussein Obama.”

A Symbol of Grace Opens Up About Vulnerabilities

Although famous for carrying herself with poise and grace, Obama confessed that her first thought when coming out on stage is usually “Don’t fall.”

“One of my primary goals for the eight years was to never become a meme,” she half-joked.

Adichie asked Obama about being a “symbol of hope” for so many people, and she replied with vulnerable candor. “I still have a little imposter syndrome,” she said. “It never goes away, that you’re actually listening to me… that feeling that you shouldn’t take me that seriously.”

But even though she has those natural self doubts, she addressed black girls and young women directly on the issue of confidence and worth, noting how easy it is to “become a caricature” in American culture. “We are angry, we are too loud, we are too everything,” Obama said, “and I experienced that, just campaigning, just speaking truth to power, how dare I have a voice and use it?”

Noting that it’s been a long road since the Jim Crow days, the work of combating racism in America is far from over. “My grandparents’ lives were affected by Jim Crow,” she reflected. “We mistakenly thought that Barack Obama was going to erase hundreds of years of history in eight years. That is ridiculous,” she said.

Her book describes the “distressing” experience of watching President Trump try to undo her husband’s legacy. “We are putting down markers, we make progress and going backward doesn’t mean the progress wasn’t real. It just means that it’s hard, what we are trying to do is shift culture.”

The talk was attended by Meghan Markle, Duchess of Cambridge, who attended privately and also met with Mrs. Obama backstage.

Obama recently shared a tip with the Duchess in another interview. “Like me,” she told Good Housekeeping for their January 2019 issue, “Meghan probably never dreamt that she’d have a life like this, and the pressure you feel – from yourself and from others – can sometimes feel like a lot. So my biggest piece of advice would be to take some time and don’t be in a hurry to do anything.”

She said that for her first few months in the White House she focused mainly on her daughters. Making their transition comfortable was important to her, and fostering that gave her time to settle in before taking on “more ambitious work.”

Speaking to the Duchess’s situation, being similarly thrust into the public spotlight and quickly entrusted with major responsibilities and pressures, Obama says “there’s so much opportunity to do good with a platform like that — and I think Meghan can maximize her impact for others, as well her own happiness, if she’s doing something that resonates with her personally.”

On stage at the London Royal Festival Hall on Monday, Obama also mentioned her husband’s fondness for Markle’s mother-in-law, Queen Elizabeth II. “Barack is so incredibly fond of Her Majesty,” she glowed. “I won’t go into his fangirling but I think it’s because she reminds him of his grandmother.”

“She’s smart and funny and honest,” Obama said. “He is a huge fan for sure.”

The former first lady’s book tour will take her to speaking engagements in Detroit, Denver, San Jose, Dallas and Brooklyn before the end of the month.

Becoming has only been out for a few weeks, and is already the best selling book of 2018, beating out titles like Michael Wolff’s Fire and Fury: Inside the Trump White House, as well as some garbage by Bill O’Reilly. It’s for sure available at your local independent brick and mortar bookseller.

Comments Off on ‘There’s No Way He’s Gonna Win’: Michelle Obama Reflects on the 2008 Presidential Campaign 677

« Ian Balina Can’t Show You the Path to Wealth. He Says You Have to Create Your Own.