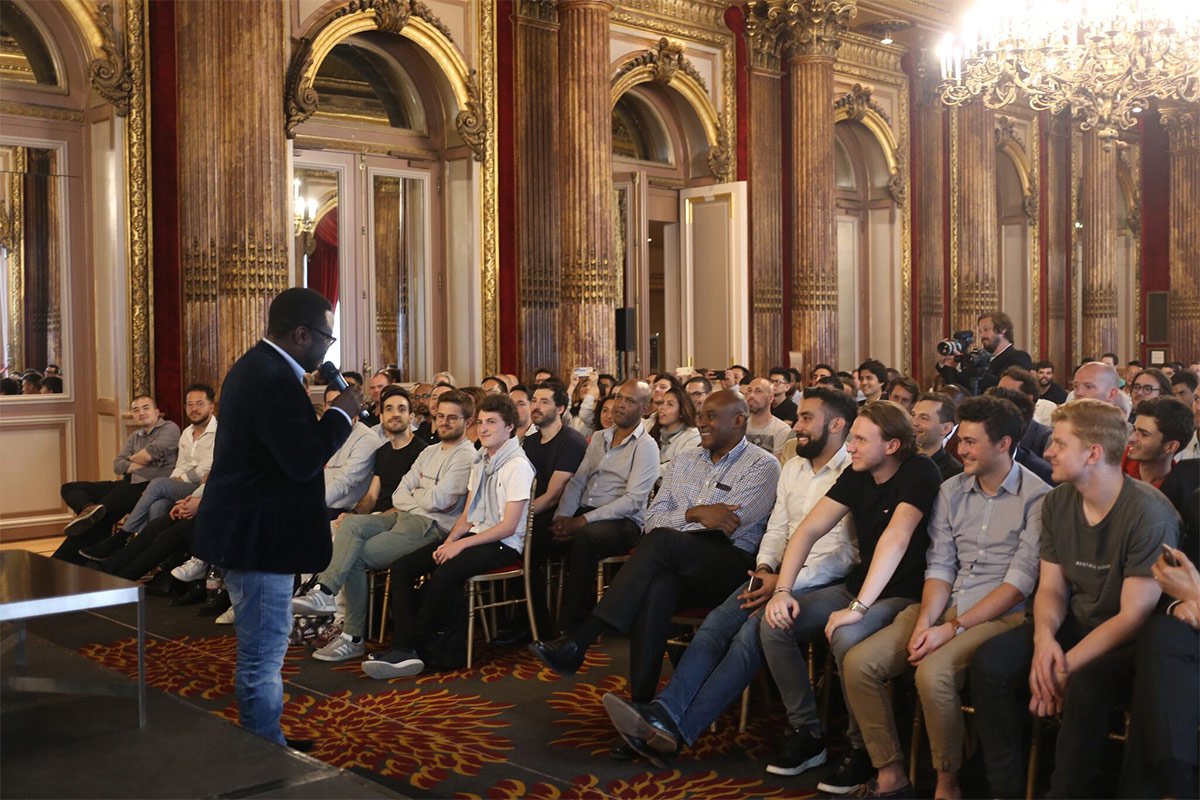 “I experienced bias in my last job,” says self-made millionaire and cryptocurrency investor Ian Balina. But with a hard-earned graduate degree in computer engineering, as well as industry experience at top tier companies, he had no patience for being sidelined by prejudice.

So he quit. “I didn’t persevere,” he openly admits. “I took action and left, started my own business and became self-employed. A lot of people settle. I don’t believe in settling.”

Balina’s Method to Beating the Odds

Balina didn’t get to where he is by settling. The influential entrepreneur and crypto-evangelist started his life in America as an eight year old immigrant from Uganda.

After graduating and working as an industry professional, he realized the job-and-bills cycle wasn’t what he wanted. So he founded and fostered a number of entrepreneurial side projects to generate extra income. As they started taking off, he found himself in the position to quit his job and never look back.

Now he’s developed a data-driven cryptocurrency investment system called ‘Token Metrics’, which takes what he calls a “money-ball approach” to investing in initial coin offerings, or ICOs. Balina made his millions from investing in ICOs. Many people consider this risky and speculative. He says there’s a method to it.

Spreading a Message of Financial Empowerment

His success in analytics, cryptocurrencies and entrepreneurship has made him a sought-after advisor, with appearances in The Wall Street Journal, Forbes, CNBC, Huffington Post, The Street, INC. and Entrepreneur Magazine.

So he founded 100X Advisors, where he’s general partner, and also serves as advisor to investment groups like MetaHash, Phantasma Protocol, Nucleus Vision, and Pareto Network, in addition to acting as ambassador for the cryptocurrency exchange KuCoin. Balina travels the world telling others about crypto investment, entrepreneurism, and how he’s made millions independently.

“Pave your own path,” Balina offers as his core piece of advice. “Don’t rely on others to manifest your goals into reality.”

He says if you’re willing to “work hard and smart towards your goals without expecting help from anyone,” success will only be a matter of time. But that doesn’t mean it will be easy. Balina notes how formative the humbling moments have been, too.

Dealing With Major Losses and Setbacks

At one point, Balina had awoke to find that he’d suddenly lost $2.5 million in cryptocurrencies to hackers. This was, needless to say, a major setback. “It made me realize you can lose money faster than it took you to make it,” he says. But there was an upside. “It also made me realize I was comfortable with discomfort.”

The loss didn’t stop him, but rather brought him to a critical moment of reflection. The discomfort he felt signalled that he was in a place to grow. “Although the hack hurt, I knew I had learned how to make money for the rest of my life and could make it back.” This time Balina did persevere, and bounced back on his own terms.

No matter how bad things have gotten, Balina has kept his eyes on the goal. And the fact that it’s worked for him, he considers proof that it can work for anyone. His philosophy of success is inclusive.

Working Toward a More Inclusive Model of Success

Balina says that openness and transparency are necessary for building a more inclusive society, one without bias and where everyone is welcome. He says that’s one of the reasons he strives for transparency in his own ventures.

This sense of transparency is evident. Just a glance at his popular YouTube channel shows Balina is surprisingly candid. He speaks with a gentle enthusiasm, encouraging others openly. He freely shares advice where other experts might be stingy. His earnestness seems to carry the message Hey, come with me! I’ve found a way to be free!

This come-one-come-all attitude is atypical in the investment world, where sharky old school investors are out to get theirs while the getting’s good. In Balina’s world, building wealth doesn’t need to be cutthroat. It can be generous. As an example, for any professional expertise enlisted through his Earn.com profile, Balina donates a portion of proceeds to Black Girls Code, a nonprofit dedicated to boosting representation of Black women in tech.

Wealth building, for him, can also be fun—even funny. In addition to his investment advisory projects, Balina is currently working on a rap project with How To Rap Drew, cutting singles like Moon Lambo, which rapid fires in-joke nods to crypto investors. Balina may be a “made man,” as he likes to call himself, but that doesn’t mean he takes himself too seriously. Wealth and success, in his book, are for everyone.

Influencing a New Generation Toward Freedom

As an influencer, Balina is modeling independent wealth and financial freedom to a generation disillusioned by the economic, political and media climates. He says we need to have “more in-depth discussions on important issues rather than focusing on binary opinions and stances.”

Rather than getting bogged down by the system, Balina suggests you find a way to chart your own course. “If the system isn’t in your favor then don’t play by the system’s rules. Break free and do your own thing on your own terms.” Nobody can do that for you, but looking to Balina as an example and an advocate certainly makes it seem more achievable.