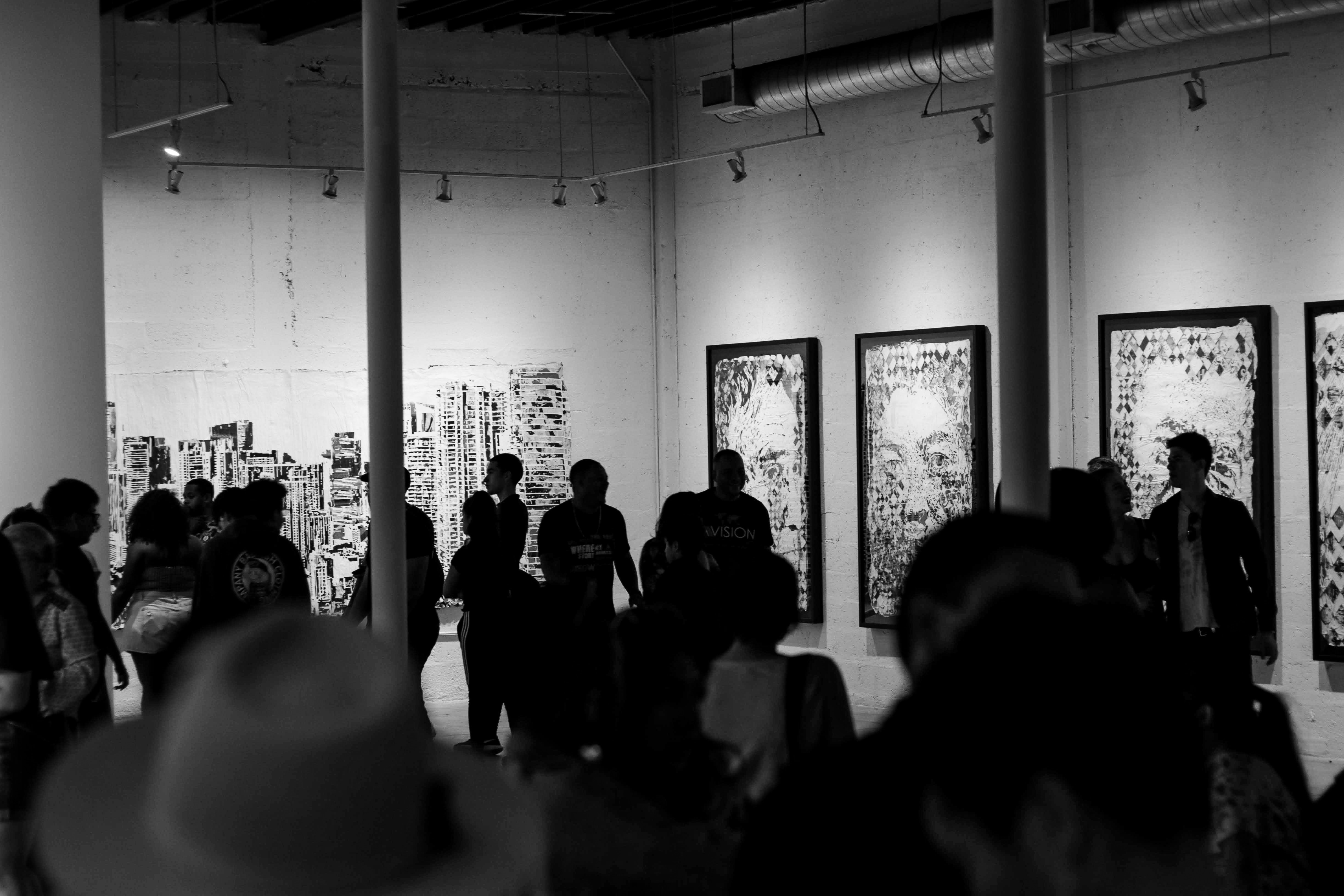 Privilege exists on many levels and takes many forms. So does marginalization. We’re bound to have friends and loved ones who are privileged or marginalized in ways we aren’t.

Just because one friend is disabled and gay, for instance, doesn’t mean they experience marginalization in the same way their loved one, a woman of color, does. One may have white-passing privilege, while the other has cis-het privilege. One faces issues of accessibility and ableist language, the other defends against misogynoir. Both are exposed to the violence of hate crimes, but they both have the privilege of neurotypical brains. These positions are complex and intersecting. That’s why intersectionality is so important in advancing social justice.

Because of the complex layers of privilege and marginalization, dividing people into ‘privileged’ and ‘marginalized’ doesn’t really work. And it’s more than just lacking in nuance. Too often, thinking about ourselves as ‘privileged’ causes us to shut down, prohibiting constructive dialogue or positive action. But by changing the language around privilege we can empower ourselves to be more constructive allies and accomplices.

For starters, trade out ‘being privileged’ with ‘having access to privileges’. In most cases, privilege is not a quality of one’s being. It’s a matter of positioning. Deserving or not, we have access to certain privileges. And we should each individually take stock of which privileges we are positioned to enjoy. We’re probably enjoying some of them blindly. Got two strong legs? That’s a privilege. No intergenerational trauma? Mega privilege. Cops talk to you in their buddy voice, without drawing weapons? Life or death privilege.

Having access to these privileges isn’t necessarily a problem. Wasting or misusing that access is. If you’re working actively as an ally-accomplice, this access is like having a top secret key card that opens the doors to exclusive places. You can sneak into spaces unnoticed and deliver messages supportive of marginalized communities (I’m doing it now, because I have a platform! See? Tricky).

You can call people out on their marginalizing language and behavior without putting yourself in danger. You can get hired into exclusive systems and pry them open so they’re more accessible. That’s allyship, and if that’s what you’re doing, you’re using privilege well.

Being Racist vs. Doing Something Racist

Brazenly calling out people’s racism is one of the joys of having access to white privilege. But here, as before, calling people ‘racist’ is just unhelpful ad hominem. People shut down. Most everyone will deny being racist. But anyone, even well-meaning ‘nonracists’, can inadvertently do something racist. If I said something racist, I can self-correct and make amends. If I am racist, there’s no hope for change.

So when your uncle at the barbecue says something racist, instead of replying with “you’re a racist”, consider the impact of saying “Why did you say something racist?” It makes the problem his behavior, not he himself, and invites him to do better. Referring to systems and actions, instead of people, as ‘racist’ helps offer corrective guidance. The same principle applies to other terms, like ‘sexist’ and ‘homophobic’.

It’s also important to differentiate between concepts like racism, prejudice, Anti-Blackness or anti-Indigenousness, colorism and so on. Here are some key terms for your toolkit:

Using these terms will sharpen your discourse, and enable you to make some important distinctions. Note that by this definition, Black ‘racism’ against whites does not and cannot exist. Prejudice against white people might, but racism, being systemic, only works one way.

It’s easy for those with access to privilege to slip into feelings of guilt. Guilt often compels us to say things like “I’m so sorry” to those who are marginalized in ways we are not. But trying to make people feel better who lack access to our privileges just misses the point, and can deepen the divide. Consider the difference in the response “That’s wrong! No one should be treated that way!” Instead of useless guilt, it’s loaded with powerful indignation. That’s the kind of energy that stands up and gets things done.

Staying in Our Lanes vs. Colonizing Marginalized Spaces

Similarly, it’s not our place to go into marginalized spaces, unless invited. We’ll be more productive operating in the spaces our privileges give us access to, and working on behalf of those without such privileges. For example, if I’m a white patron of the arts, instead of inserting myself into Black community arts events, I’ll get more done (and make less a fool of myself) by going to white populated galleries and asking gallerists where all the Black art is.

It is our job to move through our native privileged spaces, engaging similarly privileged people in ways that challenges the injustice of that privilege. This will mean seeking out uncomfortable conversations.

Getting Comfortable With Discomfort

Part of being a good ally is getting comfortable with uncomfortable conversations and not taking it personally. This works both ways. It means confronting other people with access to your privileges, and an openness to being confronted by people who are marginalized in ways you are not.

If your marginalized friends have to put on a certain face and tiptoe around your fragility to meet you in your comfort zone, the friendship won’t deepen or last. Moreover, that’s not allyship. We shouldn’t ask marginalized people to keep quiet about their struggles, frustrations, or the way their differences change how they move through the world. They can’t just act like they enjoy our privileges, because they don’t.

To be allies, we have to get out of our feelings, listen, confront, and do the work. Any discomfort we experience in the work of allyship is a blessing. It stimulates growth, exposes our blind spots, and moves us towards a stronger position for equitable praxis.

So it’s time we stop feeling guilty about privilege. It’s time to start using it. Better language tools are a starting point. Using terms like ‘privilege’ and ‘racist’ with more sophistication—that is, in ways that eschew unproductive name calling—will open the doors to confrontational conversations that can seed positive change. Listening to people who are marginalized in ways we are not and carrying their messages into our spheres of privilege is the next step. We can only do this work from a place of empowerment, not one of guilt or fragility.