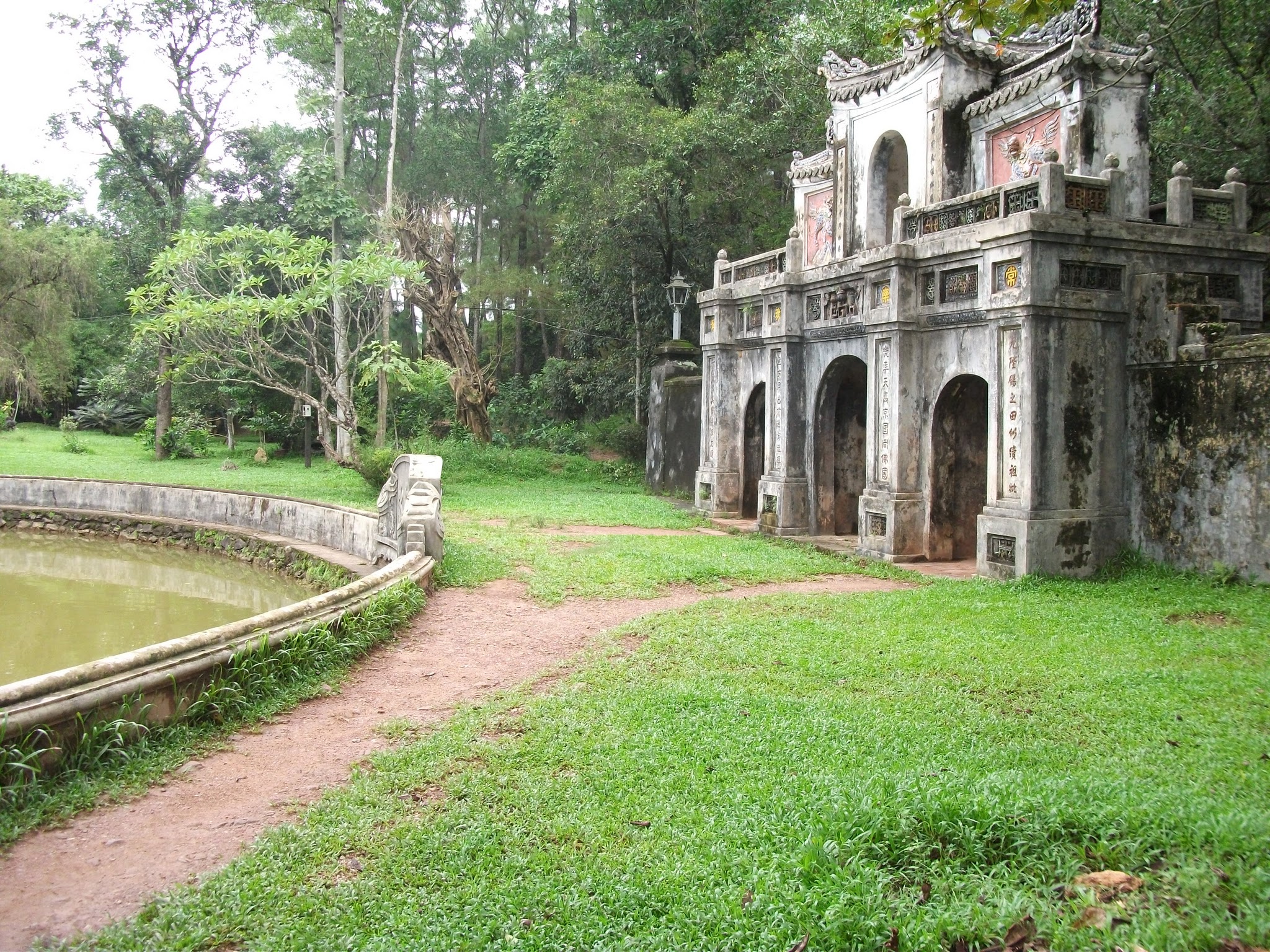 “I do not personally know of anyone more worthy of the Nobel Peace Prize than this gentle Buddhist monk from Vietnam,” wrote the Rev. Dr. Martin Luther King, Jr. “He is a holy man, for he is humble and devout. He is a scholar of immense intellectual capacity…. he is also a poet of superb clarity and human compassion.”

“Among Buddhist leaders influential in the West,” adds The New York Times, “Thich Nhat Hanh ranks second only to the Dalai Lama.”

Renowned zen master, internationally beloved teacher, and accomplished author Thich Nhat Hanh has moved untold numbers to stillness and reflection through his 100+ books and countless talks on compassionate living. He’s made ‘mindfulness’ a household term in the west. And despite his “immense intellectual capacity,” his work is always accessible.

Hanh coined the term “engaged Buddhism,” which teaches dedication to social justice and the outward practice of nonviolence, motivated by compassion instead of anger or self righteousness. Many encounter him first in the self-help section, but he’s built his career around activism.

From Initiation to Exile, to Spreading Peace Across the Globe

Hanh became a monk at Tu Hieu Pagoda in central Vietnam at the age of 16. But he’s lived most of his life in exile. In 1966 Hanh left Vietnam for peace talks with MLK, Pope Paul VI, and architect of the Vietnam War Robert McNamara. During this trip, Vietnamese officials barred him from re-entering his home country. They soon banned his books as well.

Hanh went to France. In 1982 he founded a small community in the countryside, about 25 minutes drive from the medieval town of Bergerac. He didn’t own a car. Nobody in the community had personal bank accounts. They dedicated their time to meditative study, and planting plum trees. They called it Plum Village.

Plum Village became Hanh’s new headquarters. He worked and taught there, and traveled around the globe, sharing the Vietnamese Buddhist wisdom he learned from Tu Hieu, always returning to his homebase in the French countryside.

Tu Hieu is a quiet, canopied enclave where red dirt paths follow a meandering stream around mossy graves and stupas, connecting to a bamboo walkway over a fish pond. The stately main gate bears antique shades of lichen from the temple’s founding in 1842, just 45 years before the French would colonize Vietnam and its neighbors. But the temple greets you with humility. When I parked my rented motorbike in the gravel parking lot, all I saw was a brown cow tied to a post, looking just as confused as me.

Once I found the way in, the pagoda presented itself in stages. Insect buzzing and birdsong parted like curtains for the slow, crunching footsteps of otherwise silent monks, advancing in pairs the way Hanh describes in many of his books—making peace of every step. 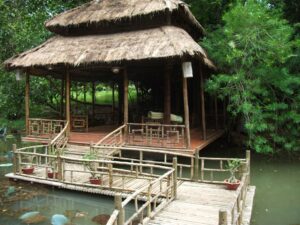 There was a main temple where lay people were praying and burning incense. Nearby was a small gift shop which, since the government had recently lifted the embargo on Thich Nhat Hanh, was allowed to sell his paintings and other mementos of the famous teacher.

Hanh paints calligraphy in loopy lower case English. Phrases like “you are enough” and “i have arrived i am home” float in the center of an enso, an inkbrush circle depicting the unity of the moment. I was pretty far from home. I didn’t even have a plane ticket back to the States. No idea where I was going. I was healing from a divorce and the loss of my home in that sense, still not ready to process the reality that my homelessness extended as far back as 1831, to the Treaty of Dancing Rabbit Creek and its Trail of Tears.

We were colonized, like Vietnam was. We were exiled, like Thich Nhat Hanh was. We had more in common, and I needed his strength, more than I knew. His calligraphy moved me to sit on a rock by the riverside, shedding tears into the red earth.

Thich Nhat Hanh suffered a stroke in Plum Village. He’s 92 years old now, and last fall he decided to return to the temple where he was initiated, to live out the rest of his days there. He went home, to the green canopies and reddish pathways of Tu Hieu, and to the Vietnam that exiled him.

“The Buddhist knowledge and wisdom I learned from Tu Hieu is now spreading all over the world, and I believe it’s time for me to get back to my roots,” Hanh said. In a letter to the elders and disciples of Tu Hieu he added “I wish to end my days in the home of my spiritual ancestors, so that all the descendents of the Root Temple can have a refuge to return to.”

“He has come back to the place where he grew up as a monk,” says senior disciple Brother Phap Dung, one of the monks now running Plum Village in Hanh’s absence. “The message is to remember we don’t come from nowhere. We have roots. We have ancestors. We are part of a lineage or stream.”

Visiting Tu Hieu I learned that finding peace means going home. We can do that anywhere, at any moment, even while wandering in exile.

What’s Going On With These Sudden Abortion Bans? » 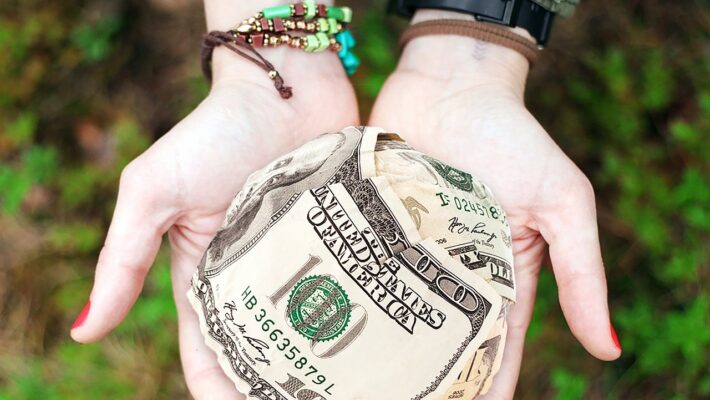