“Technology helps us stay connected, but at what cost?” Jeanne Lewis muses. She’s speaking sincerely, but the question seems to summarize the idea behind her company. It could almost be their slogan, or their battle cry as they take on Facebook.

Lewis is the CEO of Capsure, an app for storing your photos and sharing them privately with the people who matter. Her business is building a safe space for people, especially families, in a Facebook-weary world. “I would rather pay for storage to keep my personal media safe and in my control,” she says, “than allow my information to be sold so that I can be targeted by yet another consumer product.”

With traditional social media’s unending parade of hair-raising headlines (most recently: “Private messages from 81,000 hacked Facebook accounts for sale”), and alternative social media platforms failing to gain traction, the world is in need of a fix. Capsure has stepped in as an alternative to social media altogether. And Lewis is no stranger to standing up to power.

Unlearning Deference to the ‘Experts’

Lewis identifies herself as a family member first, with two kids and a happy marriage. So when she built Capsure, she had close-knit families in mind.

She says one of the biggest lessons she’s learned along the way is to trust her gut. “I think one of the mistakes we tend to make, (especially women),” she says, “is deferring to someone else’s authority. We all feel like kids inside to some degree and we’re looking around for the ‘experts.’”

But there are no experts. She started as a graphic designer working in publishing, and cut her entrepreneurial teeth founding the video site Creativebug. She sold Creativebug in 2013, but stayed on for a couple of years before deciding to take a break.

“When my company was acquired I thought ‘ok, now those guys are going to jump in and help us grow.’ But at the end of the day, I knew more about our business than anyone.” As a woman in tech, as an entrepreneur, as a C-level exec, she says it’s important to “own it and trust your gut every time. Do NOT compromise your vision for someone else’s.” In other words, you are the expert. There is no other authority. Your way is right.

You Don’t Have to Rely on Networking

The biggest lesson from her experience, Lewis says, is to learn to trust yourself and move ahead. “If you’ve done market research and feel you have a solid idea, you need to keep your head down and charge forward regardless of the naysayers you are sure to meet along the way.”

According to her, you don’t even necessarily need to have a strong personal network, as long as you’re staying in touch with the world around you. “In my experience, when I needed something, I would usually get an answer through a conversation with a friend, reading an article at the right moment, or being introduced to someone related to the issue we were trying to solve for.” She advises entrepreneurs to pay attention to the information coming at you, and then decide what you should consider more thoughtfully and what you can toss aside.

Working in a Climate of Inequality

Being the woman in charge is very rewarding, especially in the male-dominated world of tech. But like many leaders, Jeanne got there through traditional office jobs where inequality was the norm.

“At my first job in NYC I had been working as a junior art director for a year when they hired a male counterpart in the same role on my team,” she recalls. “He was hired right out of college and doing the same job as me yet I discovered that his salary was 25% higher than mine.”

Lewis respectfully confronted her bosses, but was met with dismissiveness. They said her colleague “needed to make more because he would likely get married to his serious girlfriend and would potentially need to support a family.” On the other hand, her bosses told her, “I was a young woman who would likely meet someone and give up this job to start a family so my salary wasn’t as necessary as my male colleagues.’”

Lewis didn’t stick around for long. “I did get a bump in pay,” she says, “but not equal to his, so I left a few weeks later and landed a job making double.”

That wouldn’t be the last time Lewis encountered male prejudice in the workplace. Even working on her own terms, chauvinism found ways to creep in.

She recalls a time she was pitching an investor who was “more interested in his new female colleague than hearing our pitch.” The investor barely listened to a word of the presentation. “At the end of the meeting he said they were already invested in a yoga-related company (which had nothing to do with our business).”

But that was all the answer Lewis needed. “I politely agreed with him that we were not a good fit for his firm and got out of there as fast as I could.” As a leader, you can’t afford to waste time and energy on people who don’t extend basic respect. Pick your team wisely, she says, and that includes your investors. “You want investors behind you who will roll up their sleeves and help as if they were on your team.”

Building a New Kind of Business

Most business ideas arise out of a personal need. But Lewis points out the importance of looking at your product from all perspectives, especially if you’re building something that you want to scale. “Talk to everyone and anyone who will listen to see if your idea is something they need as well. ”

This does more than just build a stronger business. It creates inclusion. “We need to expand our awareness by speaking to others from all backgrounds and not just those in our social circles.”

Lewis has built her business on a solid ethos that’s family-centric. In doing so, she’s sending an empowering signal to every other mother, daughter, entrepreneur, or junior art director who’s tired of deferring to others like they’re not experts themselves. She’s welcoming every human being who’s tired of being treated like a data mine. She’s helping people connect more, instead of just plugging in and checking out.

“The internet gives us access to so much information,” she says. But she also acknowledges the strife and disparity it creates. “I see so many people being torn down by comments on something they have thoughtfully shared. We built Capsure to have a safe place to share personal moments and preserve memories without sacrificing our privacy and making us vulnerable to ridicule .”

The whole of Lewis’s work suggests an underlying belief that there’s a better way of doing things. That we can do better. That we’re worth more.

Comments Off on Meet Jeanne Lewis, the Woman Who’s Taking on Facebook 735

Where to Buy Native Fashions This Holiday Season » 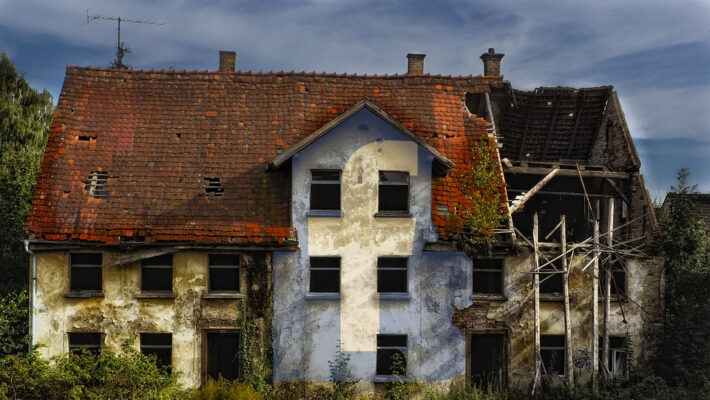