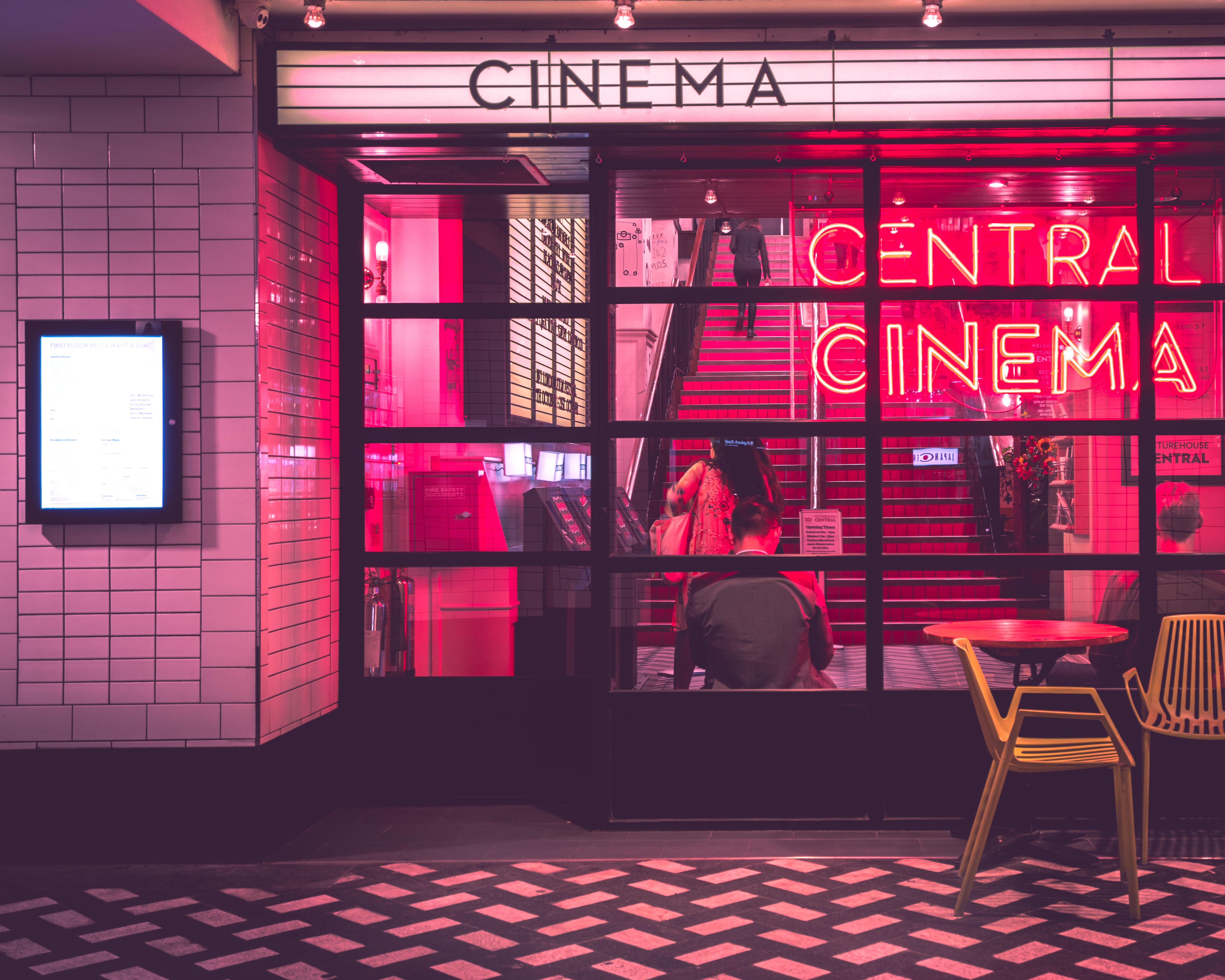 Media stereotypes “contribute to perceptions regarding (and actions toward) one’s own and other racial/ethnic groups”, according to Oxford research. Poor representation “meaningfully impacts the cognitions, emotions, and behaviors of audience members” both within and outside of the communities portrayed on screen.

And let’s just face it: audiences are getting tired of stories by and about straight white men. I recently rewatched Steven Soderbergh’s Ocean’s Eleven for the first time since the flip phone days. It has not aged well. Casual racism and misogyny frame a celebration of rich, powerful, cishet white men lying through their arrogant teeth. It would flop today, and for good reason.

But the tides are turning. A quick scroll through Netflix suggests they’ve caught on more quickly than their competitors to audiences’ demand for stories representing marginalized and minority groups. Here are some picks for movies you can stream right now to get that representation you’re craving.

A movie about black trans women with real black trans women as the lead actors? Check! A comedy about sex workers that neither romanticizes nor minimizes the struggle? Check! Humane, sympathetic depictions of immigrant families? Check! And no Scarlett Johansson in sight. Tangerine is famous for being the first feature length filmed on iPhones, but it’s great because it gets audiences laughing with and cheering for some of the most marginalized people in America.

Yalitza Aparicio, who leads in Roma as an indigenous woman working for a white Mexican family, was not an actor. She was a school teacher. But Roma has made the 25 year old Trique and Mixtec native of Oaxaca an overnight sensation. It landed her a cover spot for Vogue, and is sending waves of empowerment through indigenous communities. Aparicio’s grace and quiet power carry the narrative of the film, an elegant demonstration of the burden women of color are accustomed to carrying for everyone else.

Sorry to Bother You

About halfway through the Sorry to Bother You, Detroit (payed by Tessa Thompson) says to Cassius Green (Lakeith Stanfield) how “creepy” it’s getting when he code-switches to his “white voice”. But it’s the only way he can succeed in the crazy capitalist corporate culture that’s turning everyone into beasts of burden. Director Boots Riley’s vision of Oakland is surreal, but not too stylized to hit far from home. The story lampoons the police, union busters, ‘thought leaders’, and the digital elite. It is unapologetically communist black power in a pop art comedy can.

Nina Simone didn’t set out to be a musician. As a young woman trying to help her family, going into the city to play at nightclubs was the only way she could earn money. Revolutionary to her core, Simone lived a tumultuous life and stands as a powerful figure in jazz history and the civil rights movement alike. This thoughtful, warts-and-all doco features new interviews with people close to Simone, like her daughter, alongside archival interviews with Simone herself, and some striking footage of the singer commanding audiences with her powerhouse presence.

A women-only team of scientists goes into a scary mind bubble to find out what is going on. Nobody knows what the hell happens, but the ride is thought provoking, mesmerizing and suspenseful. Unlike splashier attempts to nab those feminist dollars (looking at you Ocean’s 8), Annihilation quietly decentralizes male narratives without making a big thing out of it. Tessa Thompson kicks ass yet again, plus it has Scary Bears. When was the last time you saw a movie brazenly representing Scary Bears?

Now that Barry Jenkins’ screen adaptation of James Baldwin’s novel If Beale Street Could Talk is courting the Oscars, it’s a good time to revisit his previous movie. Moonlight won three Academy Awards including Best Picture. Jenkins mixes grit and elegance with his sensitive, three dimensional portrayal of the vulnerabilities a man faces growing up gay and black. Enough has been written about this movie already, so if you haven’t seen it yet, here’s your chance.

Stream it on Amazon Prime.

The Adventures of Priscilla, Queen of the Desert

If you’ve ever wanted to take a bus across the desert with raucous drag queens in the 90s, but were afraid to ask, this is the movie for you. It features excellent early performances from Hugo Weaving and Guy Pierce, as well as Terrence Stamp as a trans woman. Although the actors are not trans, this classic of LGBTQ cinema might just get a pass because, well, it was the 90s, and positive representation of queers was more than we were used to getting back then.

Speaking of Oscars, it’s been about a year since Marvel stepped up its game and launched the worldwide sensation that redefined the boundaries of comic book movies. A Boys and Girls Club in Denver rented out an entire theater so the kids could see characters that “look like them, people doing the right thing”, according to BGC Site Director Steven Roland Jr. “It showed rough communities, and that’s the kind of communities our students come from. And I think them seeing those things with their eyes,” he said, “makes a big difference.” Denver Broncos Defensive End Zach Kerr showed up to support the event and watch the film with the kids. This is just one example of the kind of impact on communities that representation can have.

This one’s a show instead of a movie, but it’s based on the movie starring Tessa Thompson (yes, again—because she’s slaying). The Netflix original series puts Logan Browning in the lead role as a biracial woman on a campus that safe harbors racist frat boys. The series version gives the ensemble of characters more room to breathe, while maintaining the snappy comedic tempo of the original film. It’s funny, upbeat and accessible for adults of all demographics, but don’t expect it to tiptoe around the fragility of viewers lacking in melanin.

While it should give you a good start, this list is by no means complete. But that’s great news, because it means there are plenty more movies and shows with positive representation that you can stream right now (where did Crazy Rich Asians go? It was on one of these platforms a moment ago), and more coming out all the time. So get comfy. It’s time for BIPOC, popcorn and binging!

« Don’t Give Up On the Climate Crisis. One Earth Has a Plan.

Study Shows White Americans Create the Most Air Pollution, but Blacks and Hispanics Breathe It » 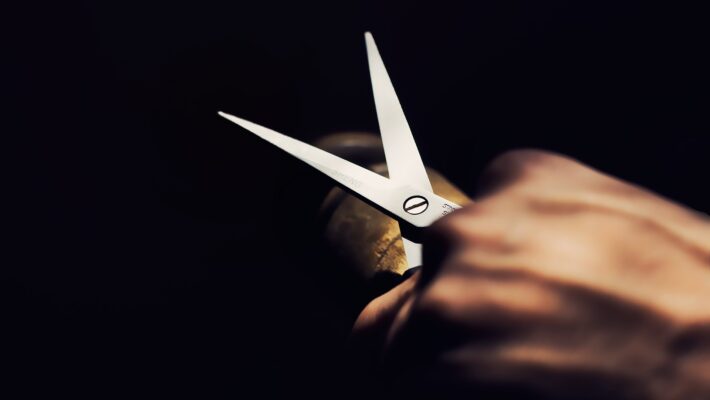 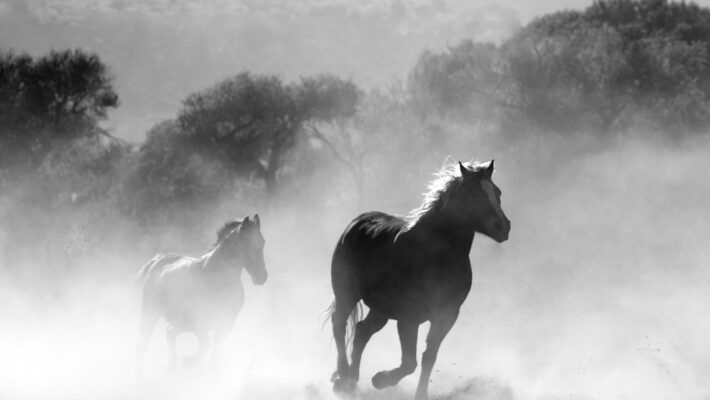