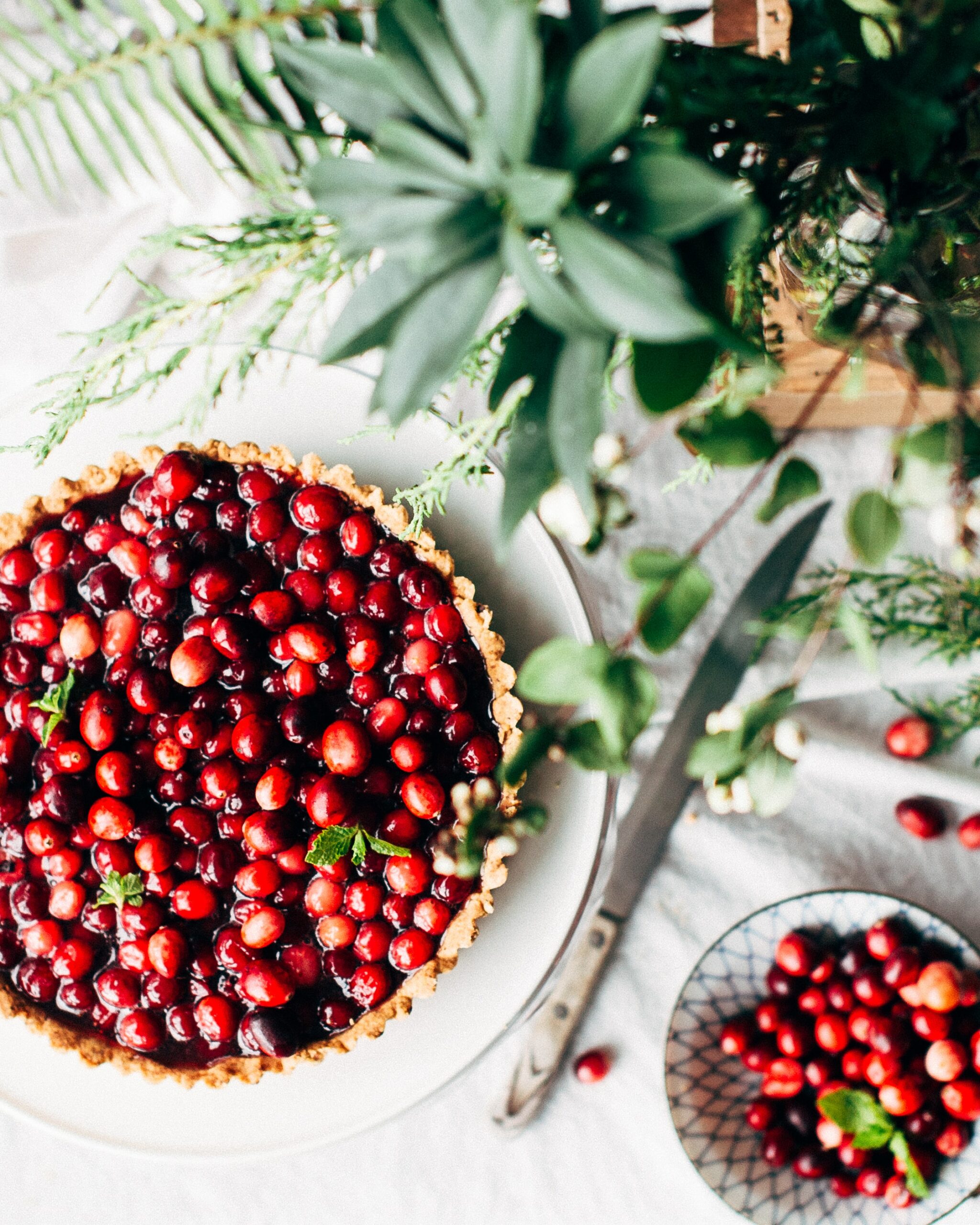 When was the last time you had Native cuisine? Can you name an Indigenous dish? Chances are, you’ve been eating Native food all your life without even realizing it. Around 60 percent of the food you eat, no matter where you are in the world, was engineered by Natives of the Western hemisphere. The Indigenous geniuses who maintained Turtle Island as a massive, flourishing garden developed bioengineering technology more sophisticated than anywhere else on Earth, and virtually everyone in the world today benefits from it.

Nowadays, most people who eat rely on about 20 plants to make 90 percent of our food. But there are over 20,000 edible plants on Earth. The people of this continent traditionally cultivated and cooked with a much broader spectrum of food crops than we’re accustomed to eating today. Most of the fruits and vegetables we now know and love never spontaneously grew in a natural environment at all. They were engineered, usually by Natives. The Inca created tomatoes from a berry-like plant. Mayans developed maize from a grass.

The sweet corn you find in the grocery store is only one among thousands of varieties of maize that grew from Mayan lands to Cherokee country for thousands of years. Indigenous scientists bred different varieties for different uses, like popcorn, hominy, or making flour. And each type of maize had a unique yield, growth rate, color, and personality. Common sweet corn is grown as a monocrop in industrial American agriculture not because it’s the best medicine, but because it’s high-yield (one stalk produces many ears) for a greater cash return, and because it can be processed into sugar syrup for the medical industry or animal feed for factory farming. Gross! Corn is sacred. Stop it.

Native foods were stolen by colonizers and distributed around the world, with many other cultures taking credit for them. French vanilla? That’s our vanilla. Belgian chocolate? Our chocolate, thanks. But if you want a general introduction to what Native foods look like, go no farther than the Thanksgiving table.

Long before Butterball and Tofurky, wild turkeys roamed the game forests of Native land stewards, who hunted them sustainably for their meat and feathers. Turkeys are highly intelligent, social, playful, usually gentle, fiercely maternal, and fast—with flight speeds of up to 55 miles per hour. Turkeys are sacred to some Native cultures, including the Mvskoke, who honor them with a key role in the creation story, comparable to esteem Christians place on the Biblical dove. Today our winged relatives are factory-farmed and killed at a rate of around 46 million per Thanksgiving. Nothing about this, needless to say, honors Natives. Just in case you were wondering.

Aren’t they Irish, though? No! Spuds were developed by the Indigenous peoples of the Andes, long before the pyramids of Giza were built, around the time that Mesopotamian civilization was getting settled in the fertile crescent. Ancient Andeans used llama medicine to bioengineer edible roots from a bitter and poisonous wild tuber. When Spanish colonizers pilfered the Incan empire, they stole this technology and used it to bail out Europe, which was starving under its own post-feudal incompetence. The potato continues to hold a key place as a critical crop in food security worldwide. According to the International Potato Center in Lima, there are around 4,500 edible varieties, and total global production is over 300 million metric tons of potatoes. Thank an Indigenous Andean!

Smashing the myth that Europeans were the first people to contact the ‘new world’ is our old orange friend the sweet potato. Sweet potatoes travelled along transpacific trade routes from Central America to Hawaii and the Philippines, and from South America to Polynesian kingdoms and the South Pacific, hundreds of years before the pale-faced pillagers’ historic intrusion on our dear homelands. The next time you’re having candied yams or sweet potato pie with Indonesian nutmeg or cinnamon, just pause to acknowledge the Indigenous excellence behind that pairing.

Native to the bogs of the Great Lakes region, cranberries are cultivated by the Haudeneshonee and Anishnabee for food, dye and as medicine to keep the blood healthy. Crans are a key ingredient to pemmican, a traveling food that works like a nutrition bar. They’re nutrient-dense, low in sugars, are good for your heart in a way similar to red wine, help prevent UTIs, and inhibit plaque and gum disease. Commercial cranberry bogs run today by companies like Ocean Spray rely heavily on pesticides and destroy Native wetlands. No thanks! Go organic!

The oldest pumpkin seeds known to western archaeologists come from Oaxaca about 7,500 years ago. Tribes across North America use pumpkins as a food staple. A Chahta variety, which has a flavor more like a yam, is sliced into thin rings and then dried for a snack that will keep all winter. Delicious as it is, pumpkin pie, alas, is a colonial concoction, just like the fictional story of the first Thanksgiving dinner. That fairy tale was invented by Abraham Lincoln. If you’d like to get the Wampanoag account of things, you can read it here. Settlers got fancy with our pumpkins by filling them with apples, sugar, spices and—rather unthinkably—cow’s milk, and then roasting the whole ordeal. Eventually the French got wind of this. Whatever. Who cares. Pumpkins are ours!

Squash is one of the oldest known human food crops, and Natives across Turtle Island use them both in cuisine, and in some cases for their useful hard shells. As one of the traditional three sisters, they’re cultivated together with corn and beans. Broad, low lying squash leaves cover the soil and help the corn and beans retain moisture; the cornstalks support the climbing beans, which in turn pump nitrogen into the soil to help the squash and corn grow. Eaten together, the three sisters provide a complete protein and create the basis of a healthy, plant based diet. While we only find about 15 different kinds of squash in grocery stores, there are hundreds of varieties, including rare heritage strains. Many of these are being protected and saved by Indigenous seed keepers and tribal governments.

Cornbread as we know it is a combination of Euro-American bread making techniques and Indigenous ones. But before the interweaving of our cultures, many Native communities were making similar dishes. Southeastern banaha is a cooked-in-the-husk cornbread similar to a tamale. Up north, the Hadenasaunee use a boiled cornmeal and bean loaf called kana’tarokhónwe in wedding ceremonies. If you want to add a kick to your modern cornbread, try adding some other indigenous ingredients like sunflower seeds, chilis, dried cranberries, sun dried tomatoes, or wild onions. Just fold a quarter cup into the batter before you bake it! Yum!

Pecans are dense in vitamins and minerals, loaded with the good kind of fat, and more antioxidant rich than other tree nuts. These are just a few among the many health benefits that have made pecans an important food staple on this continent since time immemorial. The word ‘pecan’ is based on an Algonquin term used generically to describe nuts. Northeastern cultures use them to make pawcohiccora, a nut milk that serves as both a drink and a soup base. And of course, pecans are now baked in a resin-like pool of corn syrup to make pecan pie, the guilty pleasure of Thanksgiving pies if ever there was one. If you want something healthier, try swapping out the corn syrup for maple.

These aren’t the only Thanksgiving foods that are Indigenous, of course. But this should give you an idea of just how much Native food science has influenced your diet during the holidays and beyond. And these foods didn’t just happen across a handful of nomads. They were lovingly cultivated, intelligently bred, and shared amongst nations in ways that supported plant, animal, and human populations in their thriving.

The next time you’re overlooking a Thanksgiving spread of stolen Indigenous foods, take a moment to acknowledge the technical genius, cultural legacies, and generations of heartfelt care behind them. Acknowledge these things out loud, so others can learn, too. American media has painted Natives as ‘savages’ since day one, but the truth is that westerners are only just beginning to appreciate the full scope and sophistication of Indigenous culinary and agricultural histories. To Native cultures, food has always been medicine. It’s the gift of Mother Earth, freely given. Food and gratitude are intertwined.

Comments Off on These Thanksgiving Foods Are Indigenous 875

« After 50 Years of Digital Connection, It’s Time We Start Using It To Bring People Together