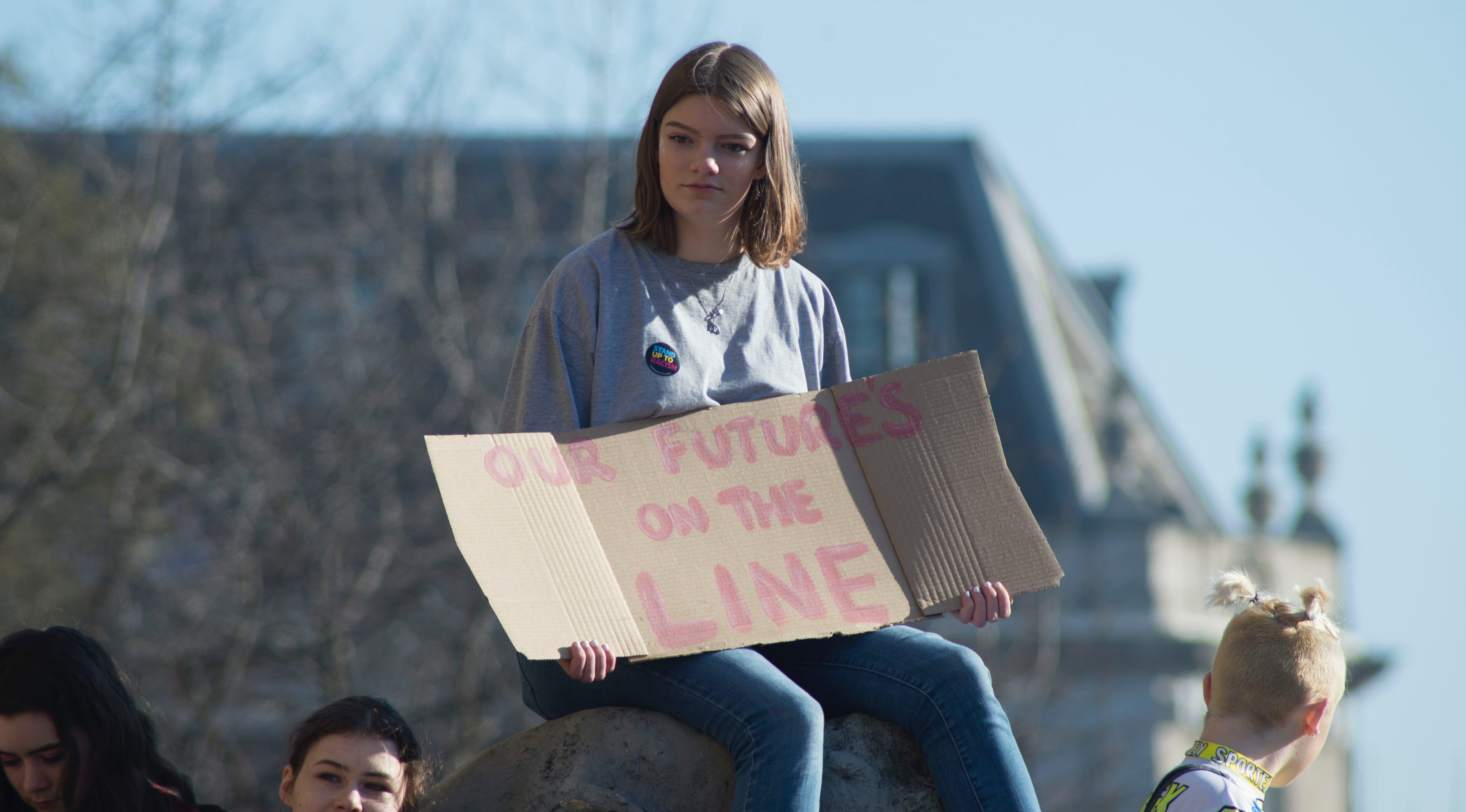 When it comes to climate change, the urgency of the emergency is escalating. But the movement to save the future of life on Earth is growing, too. Greta Thunberg, on strike from school, just spoke before the UK’s parliament to tell them they “did not act in time,” and to hold them accountable for selling the future.

Londoners are marching under the banner of an “Extinction Rebellion,” crying out for our right to survive. And the UN says we only have 11 short years to prevent “irreversible damage” to the Earth. But we can still prevent it.

Scientists to Present World Leaders With a ‘Global Deal For Nature’

In 2020, world leaders will gather in Kunming, China for the UN Convention on Biodiversity (CBD). Nineteen scientists are going to make them an offer they can’t refuse. These scientists, working together from universities, research foundations, and tech companies around the world, have written a paper called the Global Deal for Nature, which calls upon world leaders to protect 50 percent of the earth’s land and water mass, with a milestone of at least 30 percent by 2030.

“According to the Living Planet Report (2018) in the past few decades animal populations have declined by 60%, one-fifth of the Amazon rainforest has been destroyed, and we’ve lost one-half of the world’s shallow water coral reefs,” they say. “Only about 15% of the world’s lands and 5% of the world’s oceans are now formally protected.”

Indigenous Leaders and Environmental Groups Rally Behind the GDN

The Global Deal for Nature is supported by a prestigious list of worldwide indigenous leaders including the Gwich’in Steering Committee, the National Organization of Indigenous Villages of the Colombian Amazon (OPIAC), the Coordinator of Indigenous Organizations of the Amazon River Basin (COICA), and the NDN Collective, alongside a multitude of conservation groups like the Jane Goodall Institute, the Leonardo DiCaprio Foundation, RESOLVE, and One Earth.

“Science is telling us something our traditional knowledge has been warning of for decades,” says Gregorio Mirabal, president of COICA, “the Earth is dying. We urgently need a Global Deal for Nature to restore half of the natural world as soon as possible and, as guardians of 80% of the planet’s biodiversity, indigenous peoples must play a central role in that pact.”

The paper, which came out Friday, builds on a landmark study by many of the same scientists in 2017. It’s the first effort to establish science-based conservation targets for the entire planet. It’s also unique in its inclusion of terrestrial, freshwater, and marine regions under one conservation plan. As a companion to the Paris Climate Agreement, it tackles the interlinked crises of biodiversity loss and climate change, and serves as a response to the UN’s 2010 targets, which GDN scientists argue “were simply not ambitious enough”.

One Earth, in collaboration with leading NGOs and indigenous organizations, has also launched a petition for public support of the GDN. “We ARE nature,” the petition reads. “And to save it, we must be its voice! Let’s make sure that the world’s leaders cannot ignore our call for protecting half the Earth.”

The GDN comes at a time when the climate crisis is no longer ignorable, and lip service will no longer suffice. Harmony with nature must be restored, and world governments must defer to the leadership of experts if we are to survive. “Indigenous communities truly understand what it means to live in harmony with nature,” explains Mirabal. “Now governments need to recognize that our ancestral knowledge will be key to ensuring that we all have a future on this Earth.”

This article originally appeared on Thrive Global on April 25, 2019.

Comments Off on Scientists, Indigenous Leaders and Conservationists Unite to Present International Governments With ‘Global Deal for Nature’ 740

TJ Mulqueen (P.E.) is a mechanical engineer by trade. He works as a commissioning engineer for McKinstry, a construction firm that improves energy efficiency in commercial buildings. Mulqueen has been featured in Adweek, and has written for Huffington Post and Thrive Global on the topics of climate change, energy efficiency and indoor air quality.

« Only 24 People On Earth Will Understand This Movie. Are You One of Them?